9 Most POWERFUL Gods in Chinese Mythology

Posted by jingxiu at 09:59 Aucun commentaire: 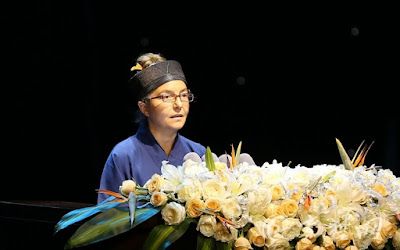 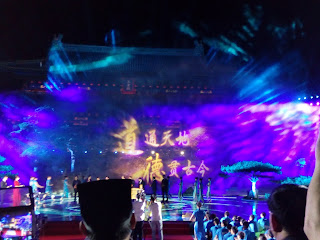 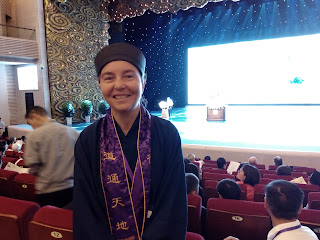 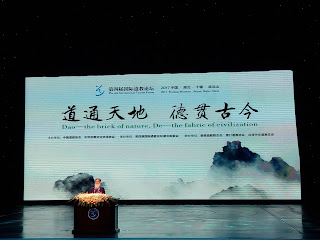 Posted by jingxiu at 09:44 Aucun commentaire:

Posted by jingxiu at 08:18 Aucun commentaire:

Posted by jingxiu at 08:32 Aucun commentaire:

Posted by jingxiu at 06:59 Aucun commentaire:

Posted by jingxiu at 06:50 Aucun commentaire:

By Michel Strickmann, Bernard Faure
A serious book written by one of the most famous academic in the field of daoist studies

Disease and Taoist Law
; Demonology and Epidemiology;
The Literature of Spells
;
Ensigillation: A Buddho-Taoist Technique of Exorcism
; The Genealogy of Spirit Possession
; Tantrists, Foxes, and Shamans.

Needham Research Institute series
Author: Peng Yoke Ho
Publisher Taylor & Francis, 2007
ISBN 0415404606, 9780415404600
Download Torrent: Ho Peng Yoke - Explorations in Daoism: Medicine and Alchemy in Literature 1 eBook - PDF
The Daoist canon is the definitive fifteenth century compilation of texts concerning ritual, alchemical and meditation practices within Daoist religion. Many of these texts are undated and anonymous, so dating them is essential for a clear understanding of the development of Chinese alchemy, and the place of these texts in history. Ho Peng Yoke's Explorations in Daoism brings together an extraordinary compendium of data on alchemical knowledge in China, describing the methods used for dating important alchemical texts in the Daoist canon, and reconstructing and translating a number of alchemical texts that exist only in fragments scattered throughout the Daoist canon, pharmacopoeia and other compendia. This book provides a clear guide for students and scholars about the methods required for dating and reconstituting texts using techniques that can be applied to other areas of traditional Chinese culture also. As such, this book will appeal to those interested in Chinese alchemy, thehistory of science, Daoism and Chinese history.
Medicine for Women in Imperial China by Angela Ki Che Leung; Brill, 2006 - 212 pages
This book is the first scholarly work in English on medicine for women in pre-Song China. The essays deal with key issues in early Chinese gynecology and obstetrics, and how they were formulated before the Song when medicine for women reached maturity. The reader will find that medical questions in early China also reflected religious and social issues. The authors, based in North America and East Asia, describe and analyze women's bodies, illnesses, and childbirth experiences according to a variety of archaeological materials and historical texts. The essays reveal a rich and complex picture of early views on the female medical and social body that have wide implications for other institutions of the period, and on medicine and women in the later imperial era.
Innovation in Chinese Medicine
Celestial Lancets - A History and Rationale of Acupuncture and Moxa
A Chinese Physician - Wang Ji and the 'Stone Mountain medical case histories'
Chinese Mathematical Astrology
Medieval Chinese Medicine: The Dunhuang Medical Manusripts
Chinese Medicine in Early Communist China, 1945-63: A Medicine of Revolution
Explorations in Daoism: Medicine and Alchemy in Literature
The Evolution of Chinese Medicine, Song dynasty, 960-1200
------------------------------------------------
The Suan shu shu ‘Writings on Reckoning’: A translation of a Chinese mathematical collection of the second century BC, with explanatory commentary, and an edition of the Chinese text.Christopher Cullen (2004)

Posted by jingxiu at 20:55 Aucun commentaire:

Weibaoshan Qingxia Gong temple following the renovation of all the deities statues is delighted to announce that a grand Ceremony of Re-opening will be performed 23-26th November 2011. 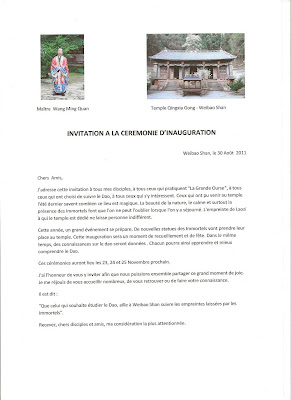 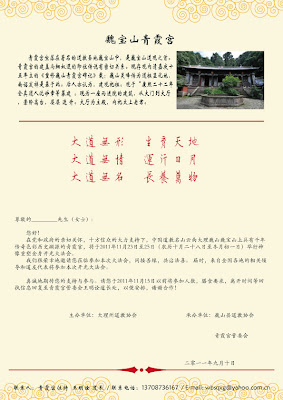 Posted by jingxiu at 07:09 Aucun commentaire: 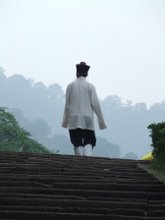